What to do if I am already vaccinated? #

Although most whole soybeans are somewhat difficult to digest, natto is highly digestible because the beans’ complex protein molecules have been broken down by the bacteria during fermentation. A whole, natural food, natto contains 16% protein and is rich in vitamins B2, B12, and iron.

How to guard against the spike protein shedding? #

The spike protein contagion is now being experienced in large numbers by those who did not take the serum, but just visited with a relative or friend who did.

What are the side effects being seen by this contagion?

What is the antidote? 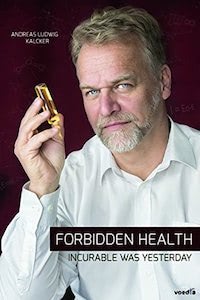 This book is the result of many years of data collecting about allegedly incurable diseases by the bio-physicist Andreas Kalcker, who dares to speak the truth, offering solutions where there were none until now. After recovering from a disease deemed incurable himself, he has been able to find out the lowest common denominator to all diseases and the reason behind such an effective therapeutic response that raises polemic among the conventionalists. This book contains everything one needs to set out on a new paradigm about their physical and psychic wellness, at the same time that they discover that within the pharmaceutical industry… nothing is what it seems.

On the face of it , it appears that the batches vary greatly in toxicity.

And the discovery that each intermediate level of toxicity is represented by a different letter of the alphabet, only raises more suspicions.

It appears adverse effects are not random, but are rather the product of dosage testing within various toxic ranges, each denoted by a particular alphanumeric sequential code.

Moderna used the alphabet to label vaccines of varying toxicity, according to Paardekooper. He says deaths decrease “in a linear fashion as the alphabetic batch designation ascends. Batches can cause 1x to 7x the number of deaths, depending on their alphabetic designation.”

There are 4-5 different sets of lots in the US showing a dose range finding effect.

There is a quiet period between each of the lethal batches, the purpose of which is baseline establishment.

As a result, batches can cause 1x, 2x, 3x, 4x, 5x, 6x, or 7x the number of deaths, depending on their alphabetic designation. read full article

❓How Bad is My Batch?
🎦 Watch video 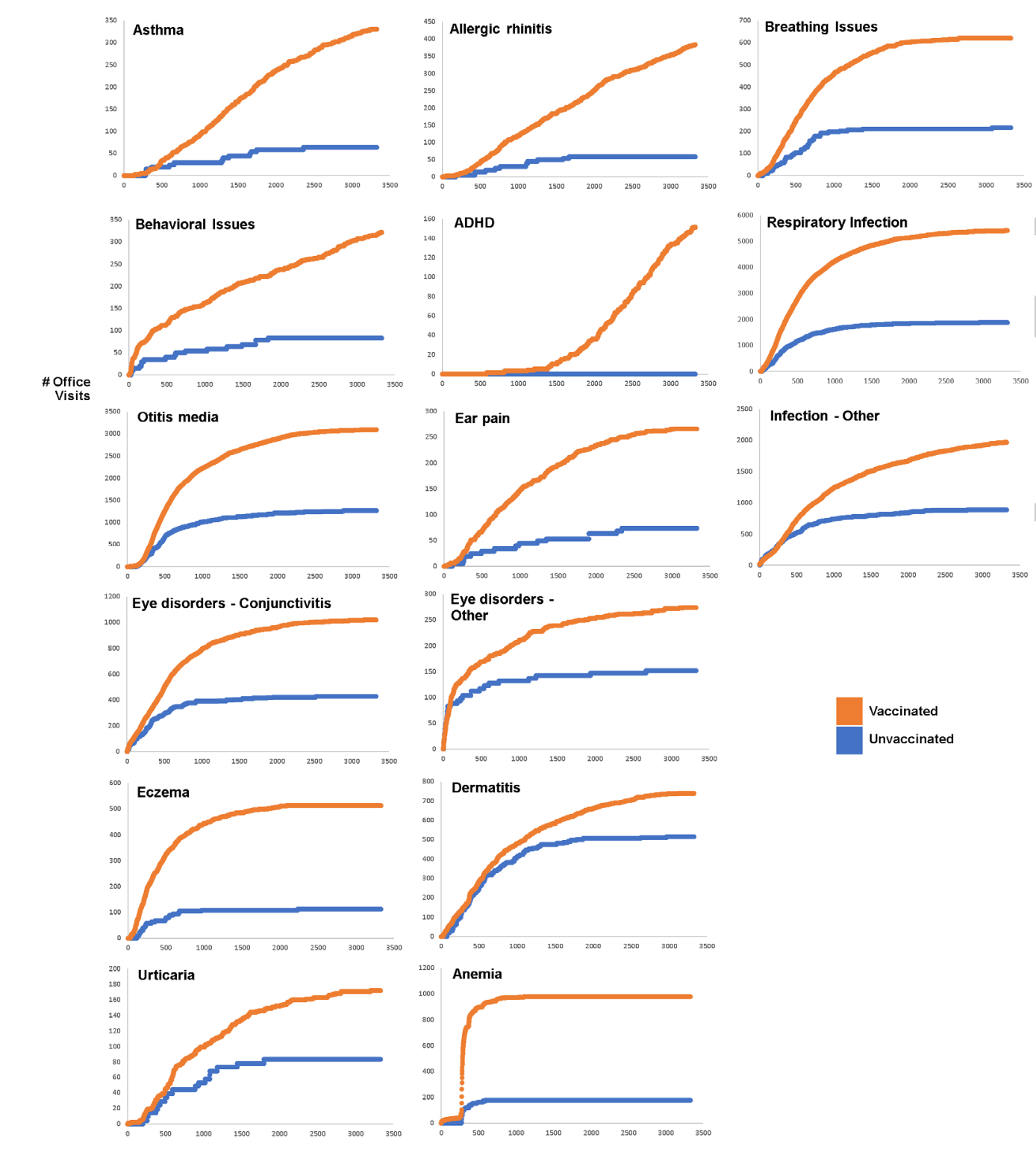 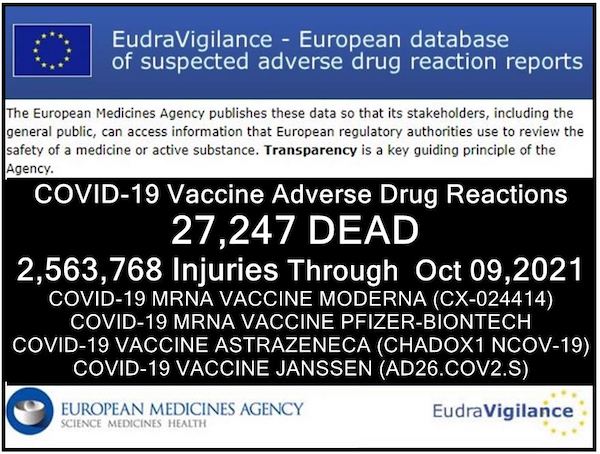 Steve Kirsch: Silicon Valley high-tech entrepreneur and inventor of the optical mouse — Should you get vaccinated? #

I always get vaccinated. I have been fully vaccinated with the Moderna COVID vaccine. My three daughters have all been vaccinated.

I recently learned that these vaccines have likely killed over 25,800 Americans (which I confirmed 3 different ways) and disabled at least 1,000,000 more. And we’re only halfway to the finish line. We need to PAUSE these vaccines NOW before more people are killed. read article…

Rockefeller Foundation 2010:
Scenarios for the Future of Technology and International Development
#

“In 2012, the pandemic that the world had been anticipating for years finally hit. Unlike 2009’s H1N1, this new influenza strain—originating from wild geese—was extremely virulent and deadly. Even the most pandemic-prepared nations were quickly overwhelmed when the virus streaked around the world, infecting nearly 20 percent of the global population and killing 8 million in just seven months, the majority of them healthy young adults. The pandemic also had a deadly effect on economies: international mobility of both people and goods screeched to a halt, debilitating industries like tourism and breaking global supply chains. Even locally, normally bustling shops and office buildings sat empty for months, devoid of both employees and customers.”

“In mid-October 2025, three deaths were reported among members of the First Baptist Church of St. Paul, Minnesota. Two of the church members had recently returned from a missionary trip to the Philippines, where they provided relief to victims of regional floods. The third was the mother of a church member who had also traveled to the Philippines with the church group but who had been only mildly sick himself. Based on the patients’ reported symptoms, healthcare providers initially guessed that they had died from seasonal influenza, which health officials predicted would be particularly virulent and widespread that fall. However, laboratory tests were negative for influenza. Unable to identify the causative agent, officials at the Minnesota Department of Health’s Public Health Laboratory sent the patients’ clinical specimens to the Centers for Disease Control and Prevention (CDC), where scientists confirmed that the patients did not have influenza. One CDC scientist recalled reading a recent ProMed dispatch describing the emergence of a novel coronavirus in Southeast Asia, and ran a pancoronavirus RT-PCR test. A week later, the CDC team confirmed that the three patients were, in fact, infected with a novel coronavirus, which was dubbed the St. Paul Acute Respiratory Syndrome Coronavirus (SPARS-CoV, or SPARS), after the city where the first cluster of cases had been identified.” 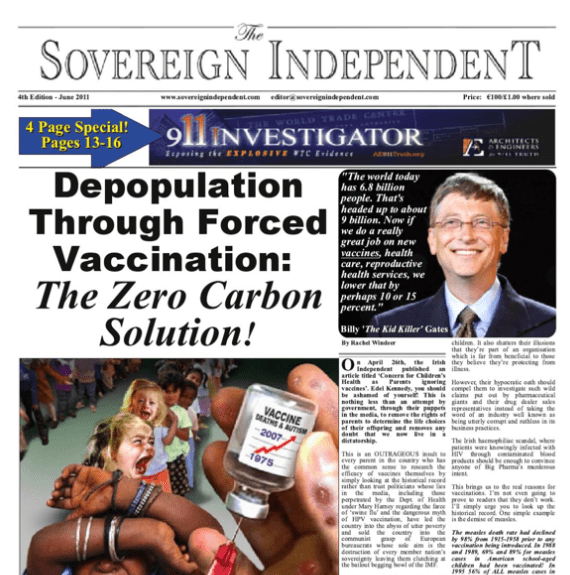 The Globalist Agenda: The COVID Plandemic Is Just The Beginning #

The bulk of humanity has become expendable. We were good for the Elite to have around when they could exploit our labor and enjoy the fruits of humanity’s talents. The information, research and advisory firm, Gartner, predicts that least one-third of jobs now performed by humans will be replaced by software, robots, and smart machines by 2025.

Robots do not require food, employee benefits or wages. They can work 24/7/365 without complaining or needing a break. According to Ray Kurzweil, the director of engineering at Google, by 2029, robots and other forms of technology will have reached human levels of intelligence and functionality and beyond. Replacing humans was predicted as far back as the 1960s; the time has arrived for this to become a reality.

By 2030, there will be no natural babies born. Zero. All babies will be chosen with a specific design and program. I heard this on a video from the World Economic Forum site and I fact-checked this bizarre statement four times.

“The present vast overpopulation, now far beyond the world carrying capacity, cannot be answered by future reductions in the birth rate due to contraception, sterilization and abortion, but must be met in the present by the reduction of numbers presently existing. This must be done by whatever means necessary”. ~ UN statement

“A total world population of 250-300 million people, a 95% decline from present levels, would be ideal.” ~Ted Turner, UN

“Isn’t the only hope for the planet that the industrialized nations collapse? Isn’t it our responsibility to bring that about?” ~ Official statement by Maurice Strong, Secretary-General of the UN and Chairman of the Earth Summit, 2015.

*“**We’ve got to ride this global warming issue. ****Even if the theory of global warming is wrong, ***we will be doing the right thing in terms of economic and environmental policy.” ~Timothy Wirth, President, UN Foundation.

“The world today has 7.7 billion people. That’s heading up to about nine billion. Now if we do a really great job on new vaccines, health care, and reproductive health services, we could lower the population by perhaps 10 or 15 percent.” ~ Bill Gates, TED Talk, 2010

👓 read full article “The world today has 7.7 billion people. That’s heading up to about nine billion. Now if we do a really great job on new vaccines, health care, and reproductive health services, we could lower the population by perhaps 10 or 15 percent.” ~ Bill Gates, TED Talk, 2010

🎦 Doctor Charles Hoffe: Heart Failure from mRNA Jabs “Will Kill Most People” — The Worst is Yet to Come #

Germs do not cause disease. Germs are the symptoms of cellular breakdown due to diseased environment: food pollution, water pollution, air pollution, inoculation and drug pollution, lifestyle pollution, including what you think, feel, and believe. “One sickness. One disease. One treatment.”

The Pfizer, Moderna, Astrazeneca and Janssen drugs are NOT “vaccines” but complexed Graphene Oxide nano particulate aggregates of varying nano elements attached to genetically modified nucleic acids of mRNA from animal or vero cells and aborted human fetal cells as viewed and described above. Once again the ingredients in these so-called vaccines are highly magneticotoxic, cytotoxic and genotoxic to plant, insect, bird, animal and human cell membranes and their genetics which already has lead to serious injuries (estimated at over 500 million) and/or eventual death (estimated at over 35 million).

“The Brain is and will be the 21th Century Battlescape” # 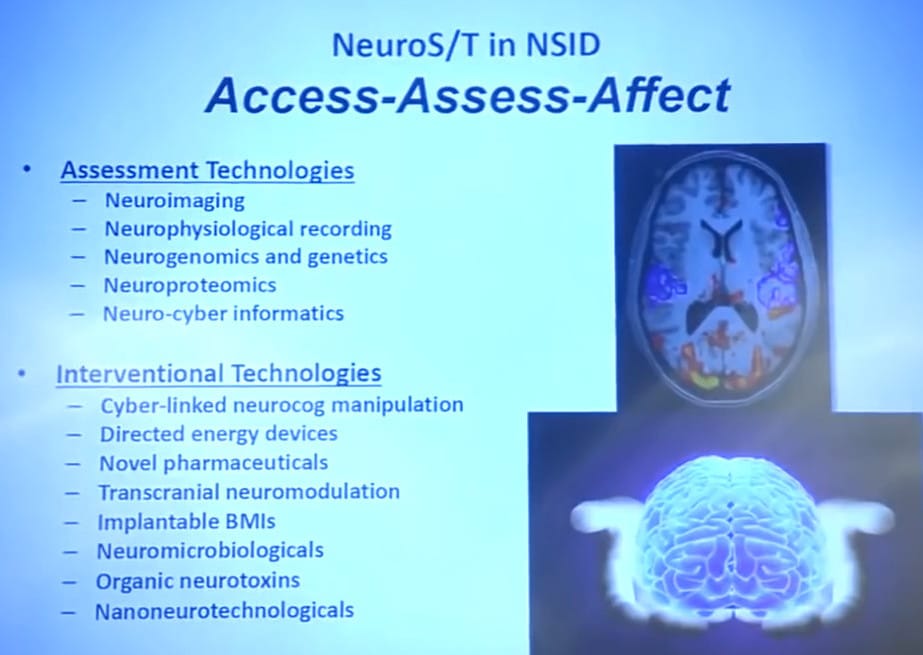 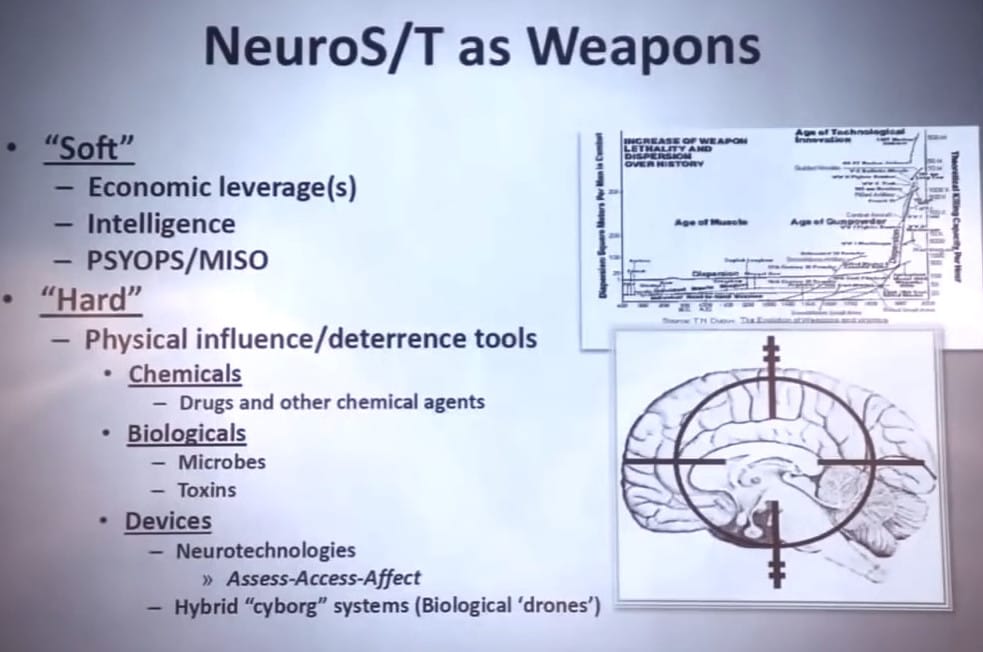 The invention belongs to the field of nano materials and biomedicine, and relates to a vaccine, in particular to development of 2019-nCoV coronavirus nuclear recombinant nano vaccine. The invention also comprises a preparation method of the vaccine and application of the vaccine in animal experiments. The new corona vaccine contains graphene oxide, carnosine, CpG and new corona virus RBD; binding carnosine, CpG and neocoronavirus RBD on the backbone of graphene oxide; the CpG coding sequence is shown as SEQ ID NO 1; the novel coronavirus RBD refers to a novel coronavirus protein receptor binding region which can generate a high-titer specific antibody aiming at the RBD in a mouse body, and provides a strong support for prevention and treatment of the novel coronavirus. read article… 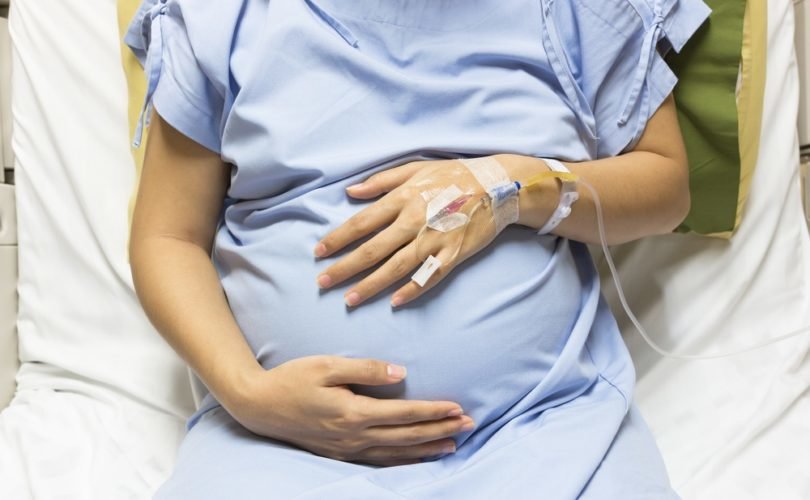 PCR Tests and the Depopulation Program #

After December 31, 2021, CDC will withdraw the request to the U.S. Food and Drug Administration (FDA) for Emergency Use Authorization (EUA) of the CDC 2019-Novel Coronavirus (2019-nCoV) Real-Time RT-PCR Diagnostic Panel, the assay first introduced in February 2020 for detection of SARS-CoV-2 only. CDC is providing this advance notice for clinical laboratories to have adequate time to select and implement one of the many FDA-authorized alternatives. read article…

Dr. Tenpenny Expains In Simple Terms Some Of The Dangers of The Covid-19 “Vaccine” # 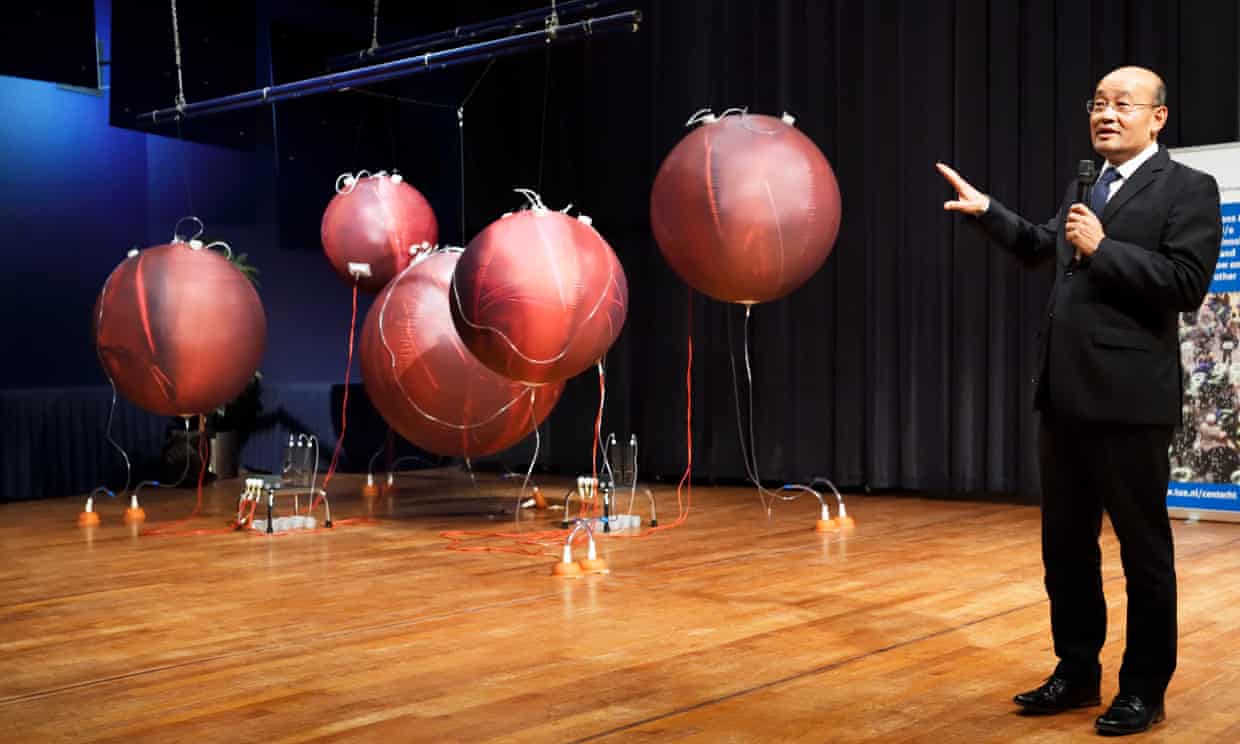 Attempts to create an artificial womb for premature babies have been given a boost by the award of a €2.9m (£2.6m) grant to develop a working prototype for use in clinics.

The model, which is being developed by researchers at the Eindhoven University of Technology, would provide babies with artificial respiration. However, unlike current incubators the artificial womb would be similar to biological conditions, with the baby surrounded by fluids and receiving oxygen and nutrients through an artificial placenta that will connect to their umbilical cord. read article…

Dr. Zelenko — I have many patients suffering from ‘Vaccine Regret’ — ‘Potential dangers’ of mRNA #

The Guardian: Why most people who now die with Covid in England have had a vaccination #

“Study shows 29% of the 42 people who have died after catching the new strain had BOTH vaccinations.” In Public Health England’s technical briefing on 25 June, that figure had risen to 43% (50 of 117), with the majority (60%) having received at least one dose.

It could sound worrying that the majority of people dying in England with the now-dominant Delta (B.1.617.2) variant have been vaccinated. Does this mean the vaccines are ineffective? Far from it, it’s what we would expect from an effective but imperfect vaccine, a risk profile that varies hugely by age and the way the vaccines have been rolled out." read article… 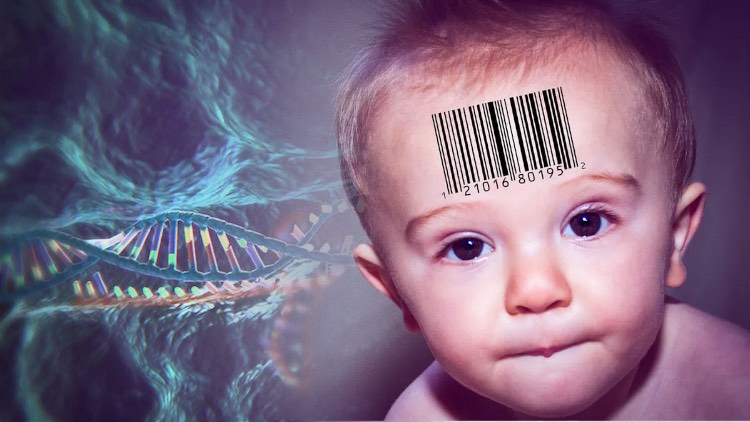 Will Genetically Modified Humans Be Patented In Near Future? #

If genetically modified humans are created through vaccination will they be patented? The idea of patenting human genes is not new. Gene edited babies and genetically altered humans of various sorts revolve around the idea of ownership and what it means for companies to start claiming ownership of synthetic life forms, human genes and eventually genetically altered human embryos and humans. These are extremely important points regarding what they really mean for the future of humanity. There is no definitive answer yet. read article…